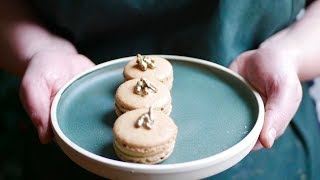 A number of recent studies have suggested that insects are an extremely sustainable source of protein. The trick is, how do we get people eating less traditional meats and eating more bugs, especially when the thought of things like crickets makes many people s skin crawl. The answer? (or one of the many, I think at least) Change the way people perceive them.

Method:
Simmer simple syrup, add in crickets and continue to simmer for fifteen minutes. Strain and place on lined dehydrator sheet. Dehydrate at 45 C until crisp. Mix tequila and gold powder to create gold edible paint and paint the crickets until nicely coated. Add to top of macarons for garnish.

Method:
Sift together powdered sugar, coconut flour and cricket flour. Add in 55 g of egg whites and mix until mixture is soft and wet.

Take second addition of egg whites and whisk in mixer until they reach soft peaks. At the same time, bring sugar and water to a boil and cook until it reaches 116 C or 240 F. Stream hot sugar in the mixer with the whipped egg whites while mixing on low. Once streamed in, switch the mixer to high and whisk until cool.

In three additions, add the whipped whites to the coconut and cricket mixture and fold in gently. Once no white streaks remain, add macaron batter to a piping bag and pipe immediately into small rounds on a lined baking sheet. Bang the trays to remove any air bubbles from the batter. Leave to rest 1-2 hours until a matte skin has formed on top. Once skin has formed, bake at 150 C, 300 F, for 12-17 minutes.

Method:
Whisk together zest, juice, sugar, and eggs over a double boiler. Whisk continuously until thick. Once thick, add in cubes of butter. Whisk again until thick. Remove from the heat, cling film the top so a skin doesn t form and place in the fridge to cool. Once cool, transfer to a piping bag and pipe into the macaron shells. Use a dab on top of each macaron to secure the crispy golden crickets. 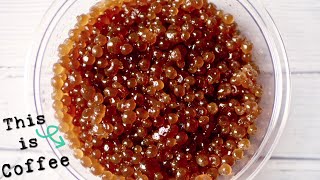 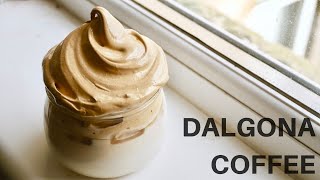 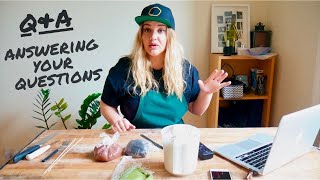